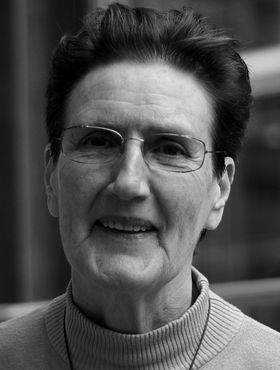 Majella Lenzen, was born in Aachen in 1938, entered the boarding school of the Order of the Missionary Sisters of the Precious Blood in Neuenbeken/Paderborn in 1953. She took her vows in 1959 and was subsequently known as Sister Maria Lauda. She began working that year as a missionary East Africa. After training as a nurse in Nairobi she set up the Turiani Hospital in Tanzania from 1965 to 1982. From 1982, she headed the Provincial Order in Zimbabwe. She was transferred against her will in 1990 to the Diocese of Moschi where she coordinated the Church's Aids activities. She was released from her vows in 1995.