“A good storyteller is needed to make the lie truth.” Mike Wappler

Mike Wappler cannot read or write, but he achieved everything in life he wanted: stock exchange speculator, diamond dealer, owner of a model agency, Rolex wearer, Bentley driver, baron. How did he manage to fool everyone? He says it was thanks to the greed of the rich. He landed his greatest coup when he swindled a man of independent means out of more than six million Euros. His punishment: six years at “Santa Fu,” the notorious prison at Fuhlsbüttel, from where he escaped a few days before he was to be released to preventive detention. Mike Wappler was caught, but a verdict from the European Court of Justice set him free.
His plans for the future? Buy Porsches and become serious. He wants to open a consulting firm to protect people from fraud – who would be better qualified for this task than him?
Tim Gutke wrote the biography “Milliarden-Mikes” and spoke with his companions, lawyers and friends, who also get a chance to speak in the book. The result is a story that could not be more entertaining, exciting and unbelievable.

His recipe for success: the greed and vanity of the rich 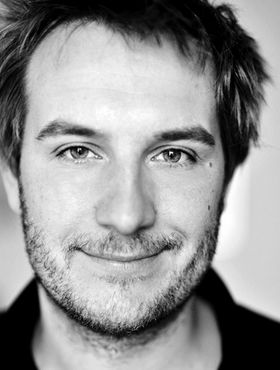 Tim Gutke wrote for example for Für Sie and the Hamburger Morgenpost before working as an editor at Playboy from 2002-2009. He is now a freelance journalist for the SZ-Magazin, GQ, Abendblatt, Playboy and Cicero, among others. He is chief editor of the international men’s magazine L’Officiel Hommes and developed magazine concepts for the Gruner & Jahr media concern.