A Plea for ethics of fellowship and solidarity

“The book encourages – to joint political action, everybody according to his abilities. (…) Moreover it is a plea for absolute respect for human dignity.” – Stephan Lessenich, Süddeutsche Zeitung

“Elegantly written without taking the moral high ground.” – Robert Matthies, taz
When The Good Do Nothing, The World Belongs To The Bad

It has become commonplace: Images of children murdered in Syria or drowned in the Mediterranean, right-wing populist marches, cheap clothing made by the hands of underpaid seamstresses. We often just want to look away, switch off. We carry around this feeling of embarrassment, and often do … nothing. Because we think the discussions are not worth having. But also because we know that we cause friction and are defamed as do-gooders. Those who criticise and get involved are quickly considered to be naïve.
There are many voices that tell us why good cannot be done – in our heads, too. The philosopher Hilal Sezgin contradicts them and shows why it is worth taking a stance – for a tolerant, democratic, more just society and for ourselves. She makes a case for ethics where dogmatism, rivalry and sacrifice do not have priority, but rather concerted action towards a better world. She emboldens the reader to have courage. 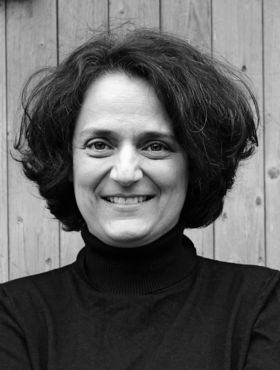 Hilal Sezgin, born 1970 in Frankfurt am Main , studied philosophy, sociology, German literature and some biology. She started as intern and freelancer at Hessicher Rudnfunk and has been working for 7 years at Frankfurter Rundschau.2007 she moved to the Lüneburg Heath to write more books. Since then she is working as a freelance journalist for various media, e.g. taz, Frankfurter Rundschau, Berliner Zeitung, DIE ZEIT, zeitonline, NDR and WDR.