"Hygiene is not my cup of tea.“

After a failed attempt to shave her intimate areas, 18 year old Helen is lying in the Department of Internal Medicine of Maria Hilf Hospital. She is waiting for her divorced parents to visit, erroneously hoping that the two will finally reconcile with each other at their daughter’s sickbed. In the meantime she closely examines those parts of her body that are generally not considered maiden-like and has nurse Robin photograph those spots hidden from her curious looks. At the same time she cares for her collection of avocado stones which are also quite helpful in sexual terms.

Even if Helen’s obsession leads to an emergency operation – her dashing wit and her genuineness make her a sensation, and not only in this department of the hospital.. She says what others don’t even dare to think.

“Wetlands” is an excursion to the last taboos of the present. Fearlessly, radically and provocatively Charlotte Roche’s novel rebels against the hygiene hysteria and the sterile aesthetics of women’s magazines, against the standardized handling of the female body and its sexuality – and tells the wonderfully wild story of a heroine who’s both hedonistic and vulnerable. 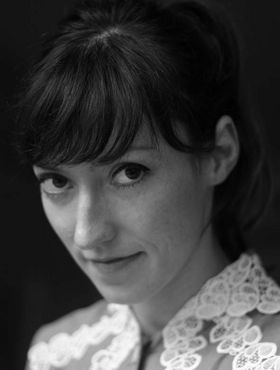 Charlotte Roche was born in High Wycombe /England in 1978 and grew up in Germany. For her work as a TV presenter for Viva, Arte, the ZDF and others she has been awarded the Grimme-prize and the Bavarian Fernsehpreis. Charlotte Roche lives in Cologne; she is married and has a child. She has publishd the novels ›Feuchtgebiete‹ (DuMont 2008), ›Schoßgebete‹ (2011) and ›Mädchen für alles‹ (2015).