“It is the merit of this short but rich novel to finally have brought Ise Frank from Gro-pius’ half-shadow into light.” Andreas Schäfer, DLF Kultur

»THE BAUHAUS-IDEA BECAME MY SECOND SELF” – ISE FRANK

Ise Frank, a 26 year-old daughter of a bourgeois Jewish family, starts in the 1920ies a career as bookseller and literary critic in Munich. Her self-determined life under-goes a change when she meets the unconventional architect Walter Gropius in the spring of 1923 when he is in the process of creating his ‘Bauhaus’.
Soon Ise Frank and Walter Gropius get married and Ise becomes indispensable for Walter in the project of his life – Bauhaus.
Money worries, academic intrigues, passionate entanglements and the downfall of democracy in rising Nazi Germany cannot weaken their joint life’s work.

Today her name is forgotten: But Ise Frank was far more than the wife of Walter Gropius and secretary of the famous art-, architecture-, and design school. As author and journalist she had decisive influence on the course of the Bauhaus. And above all she ensured that the groundbreaking ideas of Bauhaus were not forgotten during and after the Nazi regime.
For the first time, Ise Frank – only seemingly a minor figure – takes center stage in this biographical novel told as an exciting chapter of contemporary history. 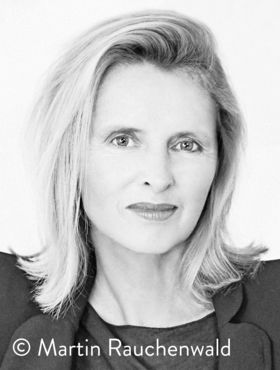