“The complex historical and political context of Krausser’s novel is brought to life by the light touch of his prose and his witty and beguiling characters.”- new books in german autumn 2012

“One of the paradoxes of our literary scene is the fact that Helmut Krausser, one of the most many-sided, productive and power writers of the German language can still, and must be celebrated as an outsider. This is perhaps because Krausser unites characteristics that are rather rare here and which in any case to not appear with such concentrated force. It is a kind of Dostoyevskian berserkness coupled with an often overlooked, Anglo-Saxon-schooled irony and capacity for suffering that the Romantics represented and about whose authenticity neither the linguistic joy in pathos nor the casual and impassive pose gladly assumed by the author leaves any doubt.” FAZ on his prebvious novel

The Thirties – and how a unique pair of brothers experienced them

Three people make their way from Berlin to France in 1935: the rivalling twin brothers Max and Karl – and Ellie, a prostitute with a penchant for a middle class way of life. They seek their fortune in Paris – and find life. Global politics, affairs, dreams and true adversities come together in a very stunning portrait of manners and morals. Plans are made, personalities mature, illusions burst – but there are always new possibilities with which no one reckoned with.
Helmut Krausser’s new novel is a declaration of love to life and the unimagined meshings between world history and the small stories of seemingly insignificant people. 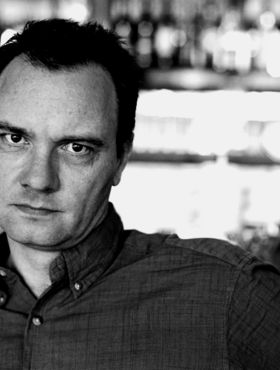