A Classic and international bestseller translated into more than 30 languages.

“The truly fairy tale of the evolution of mankind.” Die Zeit

In 1935, with a doctorate and no job, the 25 year-old Gombrich was invited by Walter Neurath (later founder of Thames & Hudson) to attempt a history of the world for younger readers. Written in an intense six weeks, Eine Kurze Weltgeschichte für junge Leser was first published in Vienna the same year. An immediate success, it has since been translated into seventeen languages, tailored for the different markets. The original German edition was reissued in 1985 with an Epilogue bringing the story to the present, and Gombrich further revised it shortly before his death, aged 92, in 2001.
In forty chapters, Gombrich tells the story of man from the stone age to the atomic bomb. There emerges a colourful picture of wars and conquests, grand works of art, the spread and limitations of science, tribes evolving towards society.
This is not a text dominated by dates and facts, but by the sweep of mankind's experience across the centuries, a guide to man's achievements and an acute witness to his frailties. What has made the Little History an international success? The key is its tone - completely clear, straightforward, relaxed, unpompous, humane - Gombrich makes immediate contact with the curious of all ages. It is the product of a pan-European sensibility, and is wholly free of nationalistic preoccupations. The broad sweep of mankind's history seems freshly intelligible when told in this profoundly generous spirit. 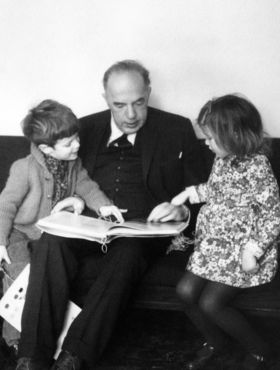