“One of the most spectacular debuts of the last decades”
Kulturspiegel

“Indeed, this autumn “Gegen die Welt” is the book of books.”
Der Spiegel
“A colossal debut. (…) An epic about closeness and rejection, love and betrayal, hope and futility. (…) It is masterpiece how close the narrator comes to the persons he tells about from the perspective of the characters.” Hamburger Abendblatt

“Jan Brandt’s outstanding debut novel. (…) Brandt changes perspectives and times with the utmost of ease, and his novel is consequently a grandiose 360 degree view of a small world where more of the larger world outside is reflected than its inhabitants themselves can recognise at times.”
SPIEGEL online

“A stunning, wonderfully presumptuous book, triumphant in its obsession for details and lexical richness, that is aimed a world of hindrance and oppression. (…) The result is an expansive mediation on friendship, the power of music, love and other cruelties. (…) It is splendid how the 37-year old is capable of driving on his complex and multifaceted story about a handful of characters over hundreds of pages with-out ever boring the reader – and it leads one to hope for more from the pen of this manic realist.”
Rolling Stone

“One of the best debuts of the recent fall book season. Jan Brandt’s novel “Gegen die Welt” is a powerful story about the last days of the FRG comfort zone. (...) The impression that remains after reading this remarkably confident, remarkably long novel is apprehensiveness. It is a great story about the decay of a community and the ugly head that is reared from behind a petty bourgeois countenance.”
ZEIT online

“‘Gegen die Welt’ has all the virtues of an old-fashioned novel: a place, a story, a tone, a conflict and many characters that one can later count among one’s friends.”
Die Welt

“Particularly in the face of its monumental length, it is an amazingly stylistically-confident book whose complex construction is well thought out, open to all sides and yet secure: upwards, towards God and the extraterrestrials. In the vertical to the historical occurrences. And naturally downwards, where the dead lay.”
Süddeutsche Zeitung

Our world today: This is what Germany feels like - stirring, highly charged, unpredictable

A village on the furthest outskirts of northwest Lower Saxony, only a few kilometres from the Dutch border: Cows are grazing on the meadows, farmers are tilling their fields, every once in a while the din of a low-lying aircraft disturbs the tranquillity. Flowers are blossoming behind the trimmed cedar hedges, shiny, freshly waxed new cars stand in the driveways.
This is the world into which Daniel Kuper was born in the mid 1970s, a lanky, withdrawn boy with much too much imagination and much too little opportunity to live out only a fraction of it. Strange things soon start taking place and Kuper is held responsible. The more he tries to rebut the accusations, the deeper he gets enmeshed in them. Kuper takes up the fight against the vil-lage, its inhabitants, its traditions, its narrowness and its closeness. They are ones Kuper rebels against and they are the ones he loses out to in the end.

Gegen die Welt is the great German novel for which we have long been waiting. This book is a rare event in the world of German literature. 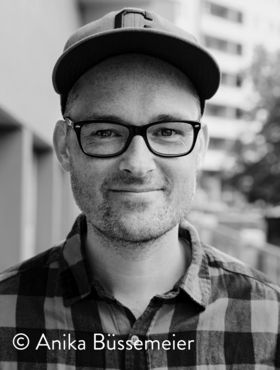