Fruit Varieties With a Past

A pear called ‘Madame Verté’ or a plum called ‘Graf Althanns’, an apple whose name translates as ‘English Hospital Reinette’ or the ‘Forelle (trout) pear’ – the monikers of these heirloom fruits are as unusual and unique as their appearance and taste, just as poetic as the many stories that entwine themselves around them: from the pear that travelled twice by ship to America. From the cherry, for which Frederick the Great paid half a month's wages. From the apple that inspired Newton's theory of gravity.
This book presents fifty heirloom varieties of fruit, accompanied by historical illustrations and entertaining explanations:
Apples and pears, cherries and plums, apricots and peaches - including classics such as 'Gravensteiner' or 'Morello Cherry', rarities such as 'White Winter Calvill' and unusual varieties such as mulberry, quince or medlar. Tips on cultivation and variety selection as well as recipes for regional specialities complete the portraits of the varieties. A short introduction portrays the capricious history of heirloom fruit varieties, the rediscovery of their unique aromas and the immense ecological relevance they have today. 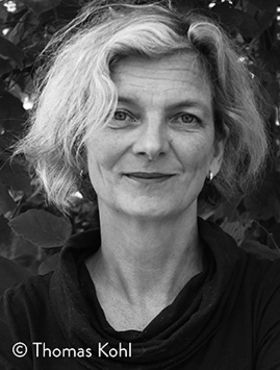 Author, translator and gardener Sofia Blind, born 1964, lives in the Lahn valley. In her one-hectare garden she cultivates over thirty fruit-bearing trees – some rare old varieties such as the ‘Champagne Reinette’, the ‘Beauty of Bath’ or the ‘Great Greengage’ as well as curiosities such as mulberries, persimmons and Chinese dates. Her book ‘Wörter, die es nicht auf hochdeutsch gibt’ was published by DuMont in 2019, and she translates the works of John Lewis-Stempel and Nigel Slater.