“A fascinating panorama of our society.“
Christoph Bungartz, NDR KULTURJOURNAL

Konrad Adenauer had eight children. Hardly anyone remembers that these days, because back then it was taken for granted. In the 1970s and 1980s, Helmut Kohl strove to provide an example to Germans of the ideal small, intact family unit. Gerhard Schröder brought the blended family to the Chancellor’s office. And Angela Merkel? She has no children, having chosen instead to concentrate on her job - just like many other Germans.

You can frame the historical narrative in brief this way, the history of Germany’s chancellor families and of Germans themselves. The way our society has changed is also reflected in the people who have governed this country. And their families. Their conceptualizations of the family have, in return, shaped Germany. For example, under the conservative Catholic Konrad Adenauer, there was practically no family policy. During his office, Helmut Kohl repeatedly tried to derail attempts to reform the divorce laws. Security and economics dominated ex-soldier Helmut Schmidt’s policies. And the multi-divorced Gerhard Schröder was unprecedented in the progress he made toward furthering gender equality.

Using the history of the chancellor families and their backgrounds, Holger Schmale and Jochen Arntz have crafted a panorama of this nation. After all, privacy is political! 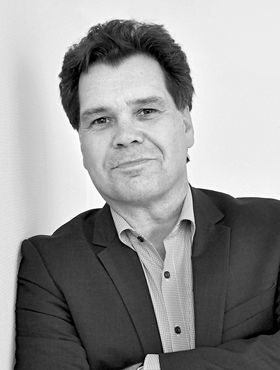 Jochen Arntz (born in 1965) is the editorial director of the Berliner Zeitung. He studied history and German studies in Cologne, during which time he also wrote for the Kölner Stadt-Anzeiger, Stern and Die Zeit. He received the Theodor Wolff Prize, a major German news-paper journalism prize, in 2013. In 2014, he published 1964 - Germany’s Peak Birth Year, and along with Holger Schmale, he published John Kerry. The Candidate against Bush - America on the Verge of Deciding in 2004.