The life of a remarkable woman – the story of one of the most famous clinics in Germany – the panorama of an era.

Berlin is in a state of rapture in the period of industrial expansion in Germany at the end of the 19th century, the so-called "Gründerzeit": In the maternity ward of the Charité a child is born and the mother dies after giving birth. Henrietta Mahlow grows up with her father, who is an alcoholic and has a hard time working at the clinic as medical orderly. At his elbow the curious girl spends her childhood between preparations and test tubes. Here at the Charité, the centre of the medical world, assemble in these years the great scientists: Rudolf Virchow, Robert Koch, Paul Ehrlich, Emil Behring – and very naturally the bright Henrietta moves in this scientific circles. In the dissecting rooms and laboratories she witnesses how the discovery of the tuberculosis virus revolutionises the idea of illness. But the clearer her own talents appear, the more invincible seem the limits of her social background and gender. She starts the medical studies in male clothes – and provokes a scandal. Thus as a woman Henrietta starts fighting to stand her ground in the male domain of science. Suspenseful and moving.
"The Assistant" tells the fictitious story of the love and life of a remarkable woman, of an "Olivia Twist", who tries the impossible. At the same time Martin Kluger’s vivid novel draws a panorama of the golden age of medicine between the empire and the Weimar Republic – and even shows the drawbacks of the human intellectual curiosity. 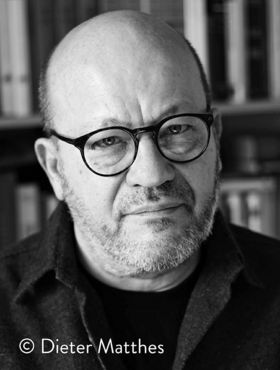