“A wonderfully enjoyable read.” Kölner Stadtanzeiger
„A splendidly grotesque debut novel. Rarely have I laughed so much about justice.“ Kester Schlenz, STERN on Herrentag
„Hans-Hanner Hess’s crime novel is satirical, thrilling and linguistically so utterly different from other regional crime novels.” Hessischer Rundfunk

Fickel is a moderately attractive man in his mid-40s, growing stomach, 193 cm tall, divorced with a pronounced weakness for redheads and delicacies from the Thuringia region. As a lawyer, he is on the bottom rung of the career ladder at the district court in Meiningen – he is a stand-in who takes over takes over cases when the “real” lawyer is hindered. The fact that someone like him can serve as defence counsel in a murder case can only occur in a provincial town like Meiningen: Sylvia Kminikowski, successful judge and wife of a charismatic local politician has been murdered, her body discovered in the English Garden. DNA traces belonging to René Schmidtkonz, the only grandson of Fickel’s landlady, are found at the crime scene. Fickel gives himself a kick and buries himself in the case. Although he is not particularly well-versed in criminal law, Fickel soon comes across contradictions that could prove his client’s innocence. He soon faces a massive problem: senior prosecutor Gundelwein, who does not like men in general and does not like Fickel in particular. She is also Fickel’s ex-wife and would like nothing more in the world than to see him fail spectacularly in his first big case …

*Fickel: derivation from the familiar form “Fick” for the Christian name Friedrich (1387 Fyckel, 1388 Viggel, 1508 Fickel).
Fickel furthermore means something like “hog” in the vernacular (Ferkel): someone who often spills things while eating is simply a “fickel.” 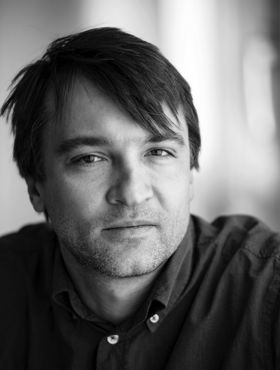