“An erudite author who contributes from his own personal as well as professional experiences as a top manager in the automobile industry.” “ DIE ZEIT

The Breakdown of the Elite

Resplendent façades, glimmering monitors, global financial currents – there's no question about it, capitalism has been victorious. But the gladiators of the business world are naked. Their triumphs at stockholders' meetings are pyrrhic victories, purchased with the annihilation of countless existences.
Large-scale layoffs, corruption scandals, financial crises and an increasingly growing gulf between rich and poor have greatly shaken confidence in the top executives of the business world. In cases of doubt, they still feign being contrite and as innocent as a beautiful nymphaea, the water lily, but their stagings have lost persuasiveness. Daniel Goeudevert, for many years a top manager in the automobile industry, takes a look behind the polished scenes of the business world. He unmasks the seemingly so rational goings on in the business world as a threatening idyll, as a mere façade, for which secretly, “below the surface,” a high price must be paid – if it continues to proliferate at the present rate. The now unrivalled, immensely influential business world deprives society of its nourishment – especially the vitally important resource of “responsibility.” Not only responsible actions can create trust.

Daniel Goeudevert, born 1942 in Reims, was considered a “bird of paradise” among top managers. The literary scholar lived in Germany for 25 years and had an extraordinary career there. He was chief executive officer of Citroën Germany, Renault Germany and the German Ford-Werke as well as a member of the VW board of directors. After leaving management he was Vice President of Green Cross International and was as a consultant to the Director-General of UNESCO. His successful books, including “Wie ein Vogel im Aquarium” (Rowohlt, 1996) and “Mit Träumen beginnt die Realität” (Rowohlt-Berlin, 1999), became bestsellers.

Rights sold to: BC Edukacja (Polish) 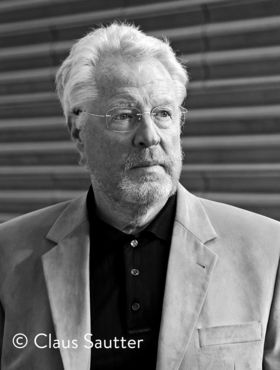 Daniel Goeudevert, born in 1942 in Reims, was seen as the ‘paradise bird’ among top man-agers. After his MA in literature, he lived in Germany for 25 years, pursuing an extraordinary career. He was chairman of the German boards of Citroën, Renault and Ford, as well as a board member of VW. After retiring from management, he became the vice president of The Green Cross International and an advisor to the General Manager of UNESCO. His books ‘Wie ein Vogel im Aquarium’ (‘Like a Bird in a Fish Tank’), ‘Mit Träumen beginnt die Realität’ (Reality Starts with Your Dreams’) and ‘Das Seerosen-Prinzip’ (‘The Water Lily Principle’) are all bestsellers.