“The crackle of the fire, the rustle, the crash, the silence. Sudabeh Mohafez’s novel with leitmotifs, repetitions, cadences is a musical piece of literature with a rhythm that makes one breathless. A voice full of character. It remains caught in your ear.” Die Presse

“(…) an original, vibrant and thoroughly contemporary novel. (…) The narrative thrums with immediacy and informality, told to the beat of the music that has so defined Mané’s life. It often resembles a stream of consciousness, artfully portaying Mané’s confused menta state and the ongoing battle with the voices in her head. (…) This subject matter, coupled with real originality and readability, makes “brennt” a very strong candidate for translation.” New German Books in Spring 2010

“Sudabeh Mohafez – her name has a foreign-sounding ring, but her voice has a familiar one.” Kurt Scharf at the presentation of Chamisso Advancement Prize

Mané’s studio has burned down and she only narrowly escaped with her life. At least she is for-tunate to be surrounded by good friends. But why does her condition not improve? Why does she stray through Berlin, deep in conversation with herself, with the hissing, rustling and crack-ling sound of the fire in her ears? Who is the Icelander Hjartan about whom the voices in her head constantly speak? Her lover is dead and she blames herself. Because she never should have loved him. Because she was not sure if she wanted to become pregnant. Because music is more important to her than anything else. 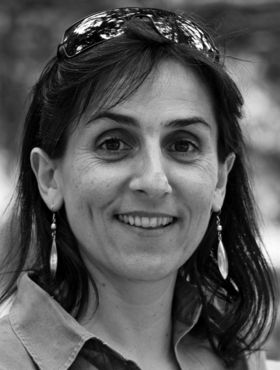 Sudabeh Mohafez, born 1963 in Teheran, is the daughter of a German mother and an Iranian father. She grew up speaking German, Persian and French. She lives in Germany since 1979 and received her school-leaving certificate in 1982. After studying music, English literature and peda-gogy she headed a women’s shelter for many years. She moved to Lisbon in 2005, but returned to Germany in 2007 where she lives as a freelance writer in Stuttgart. Literary publications since 1999. Her volume of stories ‘Wüstenhimmel, Sternenland’ was published in 2004 and was followed by the novel ‘Gespräch in Meeresnähe.’ In 2006, she received the Adelbert von Chamisso Advancement Prize. Aside from numerous fellowships she taught poetics in 2007 at the FH Wiesbaden and was awarded the MDR Prize for Literature in 2008.