The first case for Aurelia and Officer Yanek
Tense and atmospheric, with plenty of biting Viennese humour
From a Viennese sausage stand to the Castle Belvedere – imperial Vienna in all its finery and filth

Vienna 1871: young aristocrat and secret caricaturist Aurelia von Kolowitz happens upon a murdered k.u.k officer – and the murder weapon – inside a hansom cab. There is a paring knife hanging out of the dead man’s vast belly. It seems like an open-and-shut case because the passenger had booked a ‘pleasure ride’ – a carriage ride during which a prostitute and her client are driven aimlessly through the city with the carriage curtains drawn – and there’s no sign of the woman. The file is handed to Yanek Polorny, a young police agent from a family of Bohemian guestworkers, who is based in the smallest office at Petersplatz Police HQ. But Aurelia also starts investigating the case under her own steam. When she turns up in his office with the courtesan not long afterwards, the woman swears that the portly officer was still alive when she fled from the carriage following a skirmish. Their investigations lead Yanek and the tenacious Aurelia from the lowlands of the Viennese demimonde into the heart of the imperial and royal army. But the army still has considerable power in the growing metropolis – and some important men would rather die than allow anyone to pry into their secret affairs ... 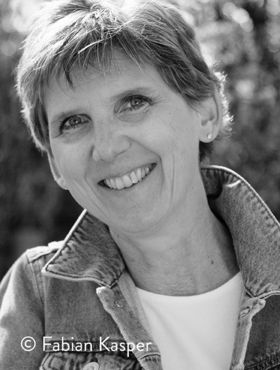 Beate Maly, born and raised in Vienna, first worked as a kindergarten teacher and in early childhood education before she started writing more than twenty years ago. In addition to stories for children and educational books, she has already published numerous historical novels and crime novels.