A great writer and an impossible love affair

A love affair dogged by transatlantic distance and Eu-ropean discipline


“Something happened when we parted, we began to understand what had happened, and it was love.”
Simone de Beauvoir in a letter to Nelson Algren

Simone de Beauvoir was a great analyst of women’s roles in society and in romantic relationships. But she also knew what it was to love passionately herself. Katja Kulin’s biographical novel Der andere Mann shines a light on perhaps the most paradoxical years in the life of the eminent French writer. De Beauvoir’s most famous work The Second Sex was published in the late 1940s, during a period when, for the first time, she found herself in a relationship of almost traditional roles, in which emotions were more important than intellect. This was her love affair with the Ameri-can writer Nelson Algren, the ‘second man’ in Simone de Beauvoir’s life, who, despite everything, never became ‘the one’. For Algren too, the years with Simone were life changing. He wrote the novel The Man With the Golden Arm, which earned him the success and recognition he had dreamed of. But the pair found it impossible to live together: they were both too rooted in their respective worlds. Because of Simone’s pact with Sartre, Nelson was always destined to come second. In the end, he couldn’t deal with the long-distance nature of their relationship. But they both remained the great love of each other’s lives. Simone de Beauvoir wore the ring Al-gren had given her until her death.
In Der andere Mann, Katja Kulin tells a moving and inspiring love story whilst also illustrating how modern the couple’s desires and conflicts were, and how relatable they remain to this day. 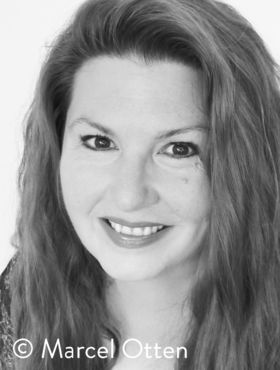 Katja Kulin was born in Bochum in 1974, and since mid-2018 has lived in a small village in the Voreifel region. She has a degree in German and education studies, and writes novels, fictional biographies and non-fiction books. She also works as an editor. Her published works include the biographies Gala Éluard. Muse der Surrealisten und die große Liebe Salvador Dalís (2019), Marlene Dietrich. Von Kopf bis Fuß auf Leben eingestellt (2016) and Irmgard Keun. Nach Mitternacht ein Leben (2015) as well as the novel Normal ist anders (2016).