“With featherlight sentences that banish every touch of pathos, Judith Kuckart sets up one episode after the other before us.” Matthias Hannemann, Frankfurter Allgemeine Zeitung

"Neither excessively overboard nor carelessly sloppy, but rather clear in an illuminating way. Her sentences create spaces for thinking, while behind seemingly incidental, casually constructed occurrences peer other, yet unwritten novels. A true joy to read.” Hannes Krauss, WAZ

“Kuckart’s stories make tangible the way in which one’s perspectives on experiences can fundamentally change depending on the manner in which one’s focus shifts. At the same time, the author is smart to not weave a gapless net between the stories. Rather, the characters, along with the reader, are tossed back and forth by life’s game of deception between loneliness and love, happiness and unhappiness, and are thrown back onto the absurdity of existence.” Martina Läubli, Neue Zürcher Zeitung

“The resolution to everything in this sensually intelligent, extremely sad yet not hopeless book should not be revealed. However, thanks to this never smugly boastful prose, you have to stay on your toes, because behind every unremarkable, ordinary corner may lurk a monstrosity that could violently change everything.” Hartmut Wilmes, Kölnische Rundschau

‘Now and then, but especially as of now, life can demand to be lived impetuously. But you don’t have to go as far as pretending you are dead, Leonard,’ his piano teacher had once said to him. Eighteen-year old Leonard spends New Year’s Eve alone in his parents’ house. On New Year’s Day, life simply comes to him: A strange woman is sleeping on the floor in the hallway. Leonard spends the next night with her in the guest room. Emilie and Maria meanwhile, both over seventy, are adventurous, if not quite up to the events that take place during their stay in a Czech spa hotel. Was it really the piano teacher who drove them there and did he really spend the night drunk in bed with the two old ladies?
In a merry dance of eleven episodes, Judith Kuckart’s characters experience unheard-of things. It happens to them like an accident, like a spontaneous memory or a love letter from the past. It gives their lives unexpected twists and turns and gives the reader an indication that everything belongs together: Desire and terror, love and death, guilt and happiness. The mysterious piano teacher keeps appearing in the circle. It finally moves from the present day to the past, to a terrible event in the summer of 1989, and in a sudden realization, the eleven occurrences come together as one big story. 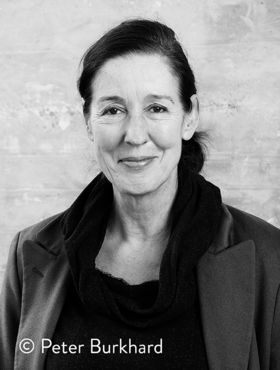 Judith Kuckart, born in 1959 in Schwelm, Westphalia, lives and works as a writer and director in Berlin. In 2002, her novel ‘Lenas Liebe’ (Lena’s Love) was published by DuMont and made into a film in 2012. DuMont also published her short story collection ‘Die Autorenwitwe’ (The Author’s Widow), 2003, the reprint of her novel ‘Der Bibliothekar’ (The Librarian), 2004, and her novels ‘Kaiserstraße’ (2006), ‘Die Verdächtige’ (The Suspect), ‘Wünsche’ (Wishes), 2013, longlisted by the German Book Prize, ‘Dass man durch Belgien muss auf dem Weg zum Glück’ (That you need to cross Belgium to find happiness), 2015 and ‘Kein Sturm, nur Wetter‘ (No Storm, Only Wather). 2019. Judith Kuckart has won many literary prizes, including the Annette-von-Droste-Hülshoff-Preis (2012).