“A born storyteller and a story from Rumania. Jan Koneffke speaks of love, betrayal and death. Konef-fke’s strength is the vividness of his prose, the graphicness with which the characters and places seem to appear in the mind’s eye. (…) And because the story additionally opens a window to a foreign re-mote time, the reader does not simply close the book at the end, but is immersed in another world.” Frankfurter Allgemeine Sonntagszeitung


“Jan Koneffke has written a German/Rumanian history book with rare lightness that examines the complex occurrences in the country between 1935 and 2001… The novel is a successful attempt to give voice to an unknown land, a lost time and the lost life of a nice person who has been thrown off course. Jan Koneffke’s passion for storytelling is fact. We have frequently asked for a novel that combines true and invented stories illustrating the past century. This has succeeded in Die Sieben Leben des Felix Kannmacher.”
Die Zeit

The unintentional adventures of a good-for-nothing

At a time when no one can be sure about who he really has in front of him, the hero of this novel is unsure about who he is himself: Felix Kannmacher or Johann Gottwald.
Felix Kannmacher is smuggled out of Germany in the fall of 1934 by the pianist Victor Marcu and is given a new identity in Bucharest. Under the name Johann Gottwald, he becomes the “nanny” of Marcu’s daughter Virginia, soon ingratiating himself with her through his gifts as a storyteller. When their friendship becomes closer, her jealous father fires him and Kannmacher suddenly finds himself completely alone in a foreign country. He struggles along under a false name as a waiter in Bucharest’s largest casino, travels as a translator to negotiations with Hitler and works as a secretary for the Nazis. But regardless of the identity fate has burdened him with at the moment, the tie to Virginia, who soon grows up to be a famous actress, remains a constant in his life.
“Die sieben Leben des Felix Kannmacher” is simultaneously an historical picaresque novel, a romantic love story and a touching artist’s epic. Jan Koneffke’s readers let themselves in for a highly subtle narrator who has the magical ability to turn memories into a fictional story. 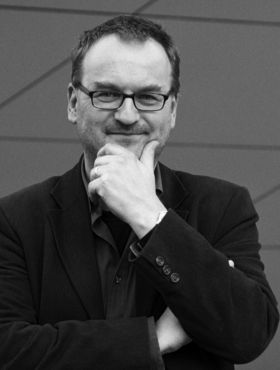