High-octane thriller with an exceptionally rich atmosphere, based on a true case

The year 1984 has just begun, protests against the stationing of Pershing II missiles continue, the radio plays Joy Division. Nick Marzek, 43, born in Berlin, has recently joined the Munich police as Chief Inspector. After the death of his wife he tries to build a new life for himself in the kingdom of Franz Josef Strauß and his Christian Socialist Union. With modest success. What remains are his work and the feeling that he does not belong. There is a devastating arson attack on the ’Liverpool disco’ near the central station. Numerous people were injured, and the pressure on the investigating officers is immense. At first everything points to turf wars in the Munich red-light district. But then the case takes an unexpected turn: the Italian police sends Nick a letter of confession, and he has no choice but to follow the lead to Italy in order to solve the case. He is helped by Graziella Altieri, who actually works as a cleaner in the homicide department, but now has to step in as translator.
And suddenly the case takes on political dimensions that are frighteningly topical. 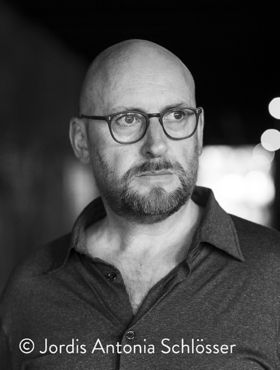