The grand finale of the Paths of Time trilogy: historical entertainment of the highest order — intelligent, empathic, compelling.

Three friends trying to survive in the chaotic Berlin of the early Weimar Republic — but things go awry.

“You’re plunged into the action right from the off, laughing, crying, and gripped with fear for these three lovable young people.“ Tanja Lindauer, BÜCHER MAGAZIN on Shadows of the World

The Other Side of the Roaring Twenties

Berlin 1922: The Weimar Republic is heading for inflation, the fallout of the revolution has yet to really settle – and the enemies of democracy have long been waiting in the wings.
Carl, the ditherer, Isi, the assertive one, and Artur, the enigma, have been in the city for a few years now. The three friends have faced all dangers and adventures together – but is the foe they face this time too much for them to handle?
Operation Consul, a group of right-wing conspirators, has it in for the trio, especially Isi, who reported them to the authorities. During an attack by the group, Isi loses her unborn child. She throws herself into feminist activism; she is no longer prepared to accept living in a world where men can commit such crimes against women. Carl stands by his girlfriend – and continues working at the UFA film company, where he witnesses the shift towards the ‘talkies’. Artur gets stuck into his plans for revenge, hoping to bring the plotters to justice at any cost. The conflict intensifies until Isi’s ex-husband, one of the plotters, is murdered and Isi is blamed and faces the death penalty.
The Labyrinth of Freedom will grab you and won’t let go. Taught, pacy, exciting, and extremely well-research. 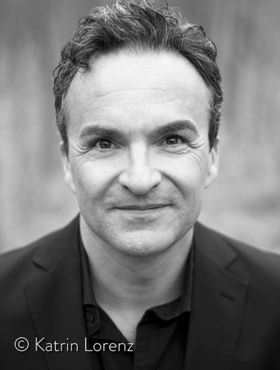