‘Lorenz Just’s writing is clear, cold and unaffected. He rarely explains the past, leaves it murky, which reinforces the effect of the moment he does tell us about in his stories.’ - Christoph Schröder, Deutschlandfunk on “Der böse Mensch”

‘Lorenz Just’s stories are a quest for the manifold facets of evil. Often it slumbers underneath the surface, only to break forth from time to time. It flares up in madness just as in seemingly everyday situations.’ - Antje Weber, Süddeutsche Zeitung on “Der böse Mensch”


The Child and the City

Post-reunification Berlin seen through the eyes of a child – brilliantly eloquent, precise observations, told with plenty of imagination.

At Roof’s Edge tells of Berlin-Mitte in the nineties, told through the eyes of Andrej, who roams this chaotic no man's land with his brother Anton and his friend Simon. While their streets are experiencing a new beginning with the élan of all the old owners, entrepreneurs, DJs, artists and adventure seekers, the children glide along the paths of their youth to the edge of the ac-tion and onto increasingly dangerous paths.
When the city also begins to drive away the squatters, in whom the children had recognized something like like-minded people, all that remains for them is the memory of former free-dom - a memory, however, that they project onto the future, onto an America that advertises with an all-encompassing promise of freedom.
In his debut novel, Lorenz Just interweaves the growing up of his characters with the rapid change that transformed the Berlin-Mitte of the Wende into the Berlin-Mitte of the noughties. Far removed from consolidated historical images of wild Berlin and the dreams of the self-realizers, he tells of the fragile freedom that shaped an entire generation of young children of Berlin-Mitte in the nineties. 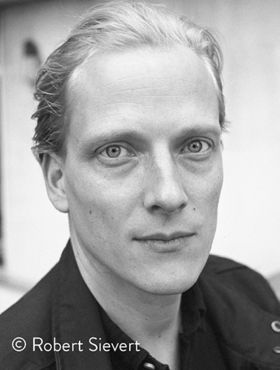