A guidebook for all those who’ve had enough of guidebooks.

“A small book about the core of life. Often poignant, sometimes melancholy, surprisingly cheerful” Werner Bartens, Süddeutsche Zeitung on ‘The 10 Most Important Questions in Life‘

“Eisenhauer stays true to himself. He always offers us surprises. [He] meticulously observes and closely listens to famous literary figures and their creators, subjecting them to a sophisticated cross examination.“ Peter Jungwirth, Wiener Zeitung on ‘How to Grow Old Without Getting Old’

„Even the strongest man will sometimes look underneath his bed.“
Erich Kästner

Gregor Eisenhauer is afraid. Of all sorts of things. There is no part of life where he is safe from fear. It assaults him at the swimming pool, in the basement, less often at the zoo. But what he is most afraid of is talking to strangers. Surely, this would be easier if he had someone by his side. Didn’t all the heroes from the TV series and comic strips that he loved as a child have a sidekick like a brave border collie or a tiger who went with them through thick and thin? What would Calvin be without Hobbes?
Eventually Gregor Eisenhauer admits to himself that, like so many, he probably suffers from generalised anxiety disorder and decides to seek help. Thanks to an indefatigable therapist he overcomes his fears in a weeklong confrontation therapy. His companion on the journey is long dead fellow sufferer and secret familiar, Franz Kafka.

With sparkling wit and intelligence, Gregor Eisenhauer tells the story of how he looks his fear in the eye, and how, as a result, it fades away more and more. He takes the reader by the hand and guides him through that week, the week when he discovers fearlessness and even conquers his biggest fear. And his three companions are with him all the way: his therapist, the great anxious figure of world literature, and the courage to heal. 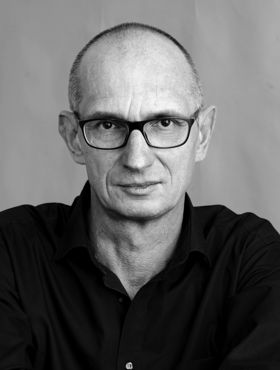 Gregor Eisenhauer, born in 1960, studied German literature and philosophy and wrote his PhD dissertation on Arno Schmidt. He lives as a freelance writer in Berlin. With DuMont he has published ‘Die 10 wichtigsten Fragen des Lebens – in aller Kürze beantwortet‘ (The 10 Most Important Questions in Life – Briefly Answered), ‘Wie wir alt werden, ohne zu altern. 7 Ideen gegen die Verholzung des Denkens‘ (How to Grow Old Without Getting Old, 7 Ideas to Prevent the Thickening of the Mind) and "Wie wir die ANgst vor der Angst verlieren. Furchtlos in 7 Tagen" (How to Loose the Fear of Fear in Seven Days).