“There is no lack of books on fathers in this spring. John von Düffel’s narration is one of the nicest. Hotel Angst is more than a search-for-father-book. It is an obituary on a time, a homage to a place, the love story between a realistic dreamer and a hotel.” Die Welt

“Von Düffel manages to write a clear and quiet approach to the father without any artificial sentimentality. (...) profound and all the same entertaining.” dpa

It is a trip to the past, to Bordighera at the Italian Riviera, to the place, where the narrator has been so very often in his thoughts, to the “Hotel Angst” – named after his owner Adolf Angst, a luxury hotel built at the turn of the century, a Titanic among the most fashionable splendid hotels of the world.

Hotel Angst tells the story of a magical place, where the past lives and the memory of the father, who dreamed of reopening the Hotel Angst.

John von Düffel, playwright and translator, was born in 1966 in Göttingen. He works as a dramatist at the Thalia Theater in Hamburg. For his hugely successful debut novel “Vom Wasser” (1998) John von Düffel was awarded – just to name a few - the Aspekte-Literatur Preis, the Ernst-Willner-Preis Klagenfurt and the Maria-Cassens-Preis Hamburg. His novels “Zeit des Verschwindens” (2000) and “Ego” (2001), “Houwelandt” (2004) as well as his collected essays “Wasser und andere Welten” (2002) were also published by DuMont. 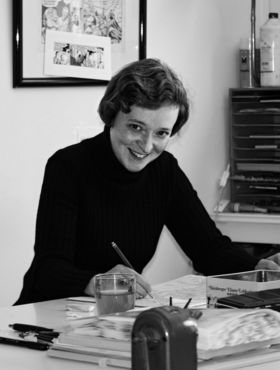 Isabel Kreitz, born 1967 in Hamburg, is one of the most ambitious female comic artists in Ger-many. Her comics examine both the phenomenon of youth culture and the historical and politi-cal events of German history. She has published amongst others the graphic novel “Die Ent-deckung der Curry-Wurst” (1996, based on the novella by Uwe Timm), „Der 35. Mai” (based on Erich Käster’s novel) and „Die Sache mit Sorge“ (2008). She was awarded the most important prizes for Comic Art, e.g. in 1997 the Deutschen Comic-Preis, 1998 Max- und- Moritz- Preis and Sondermann-Preis.

John von Düffel was born in Göttingen in 1966, he works as a dramaturg at Deutsches Theater Berlin and is professor for scenic writing at the Berlin University of the Arts. He has published novels and story collections with DuMont since 1998, including 'Vom Wasser' (1998), 'Houwelandt' (2004), 'Wassererzählungen' (2014), 'Das Klassenbuch' (2017), 'Der brennende See' (2020) 'Wasser und andere Welten' (new edition 2021) and most recently ‘Die Wütenden und die Schuldigen’ (2021). His works have been awarded numerous prizes, including the aspekte Literature Prize and the Nicolas Born Prize.