“Oliver Bottini is one of Germany’s most important crime writers. But his books are not common crime novels, but highly topical studies of our present time. ” – Die Zeit

“Oliver Bottini‘s novel is literally digging deeper than the usual crime novels. A novel that is not just telling of murder and manslaughter, but of the emptiness thereafter, of the sense of guilt and loneliness, of entanglement with the past, the personal but also the historical and systemic. Oliver Bottini is telling his story in a language as plain, unshakeable and sober as the landscape his figures cannot escape from. They are all damaged, mourning, searching.” - Christine Dössel, Süddeutsche Zeitung

Rumania 2014: Ioan Cozma, inspector with the crime squad in Temeswar, has not been putting much effort into his job for years now. It’s not long till his retirement, and it’s also better if no one gets ideas and starts digging around in his past. To his amazement, he is asked to head up a brutal murder case: 18-year old Lisa Marthen, a German, was found stabbed. Lisa’s father, Jörg Marthen, built up a huge agricultural business years ago and he immediately suspects one of his field workers – young Adrian, who was clearly in love with Lisa and disappeared immediately after her death. Cozma starts investigating in this direction, trying to find Adrian. A trail leads to East Germany, to the small town of Prenzlin, where Lisa’s family comes from. Cozma decides to go there, but realises that he is not alone: Jörg Marthen doesn’t trust the Rumanian authorities and has ordered his operations manager Michael Winter to find Adrian. And Winter has his own personal reasons for ensuring justice…

Cozma soon realised that there is much more at stake than jealousy and unrequited love. It’s a matter of land, fruitful soil, and a lot of money. And if Cozma wants to solve this case, he will have to do this in the face of the opposition of a lot of very powerful people – and maybe at the expense of his freedom. 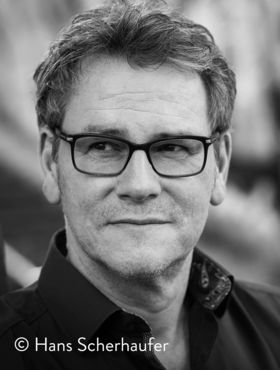