Since the Chinese occupation of Tibet half a century ago, the children of this snowy country cross the 6000m passes of the Himalayas to take refuge in India as they have no future in their native country. Time and again children stay behind in the perpetual ice, dying from exhaustion and icy coldness.
In “Goodbye, Tibet” the Austrian film maker and author Maria Blumencron tells the stories of these children and the life story of the guide Kalsang Jigme; it’s mirror of Tibet’s history. She first meets Kalsang in 1999. He is considered one of the best accomplices in an escape. At the turn of the millennium, Maria and Kalsang are arrested by the Chinese police when they try to guide children over the Himalaya. Maria is being questioned for two days and nights, Kalsang brutally tortured in prison. While he is buried alive in his subterranean dungeon, Maria climbs the 6000 m high border pass to film the escape of six Tibetan children. She brings the children to Dharamsala in North-India where the Dalai Lama and his sister have established large schools for the children of his native country. Over the years Maria, the six children and their guides have grown together and their community of fate becomes their “new family”. After Kalsang’s release from prison, he and Maria promise each other that they will go to the Nangpa pass again. In March 2007 they finally help three young nuns, whose homesickness lets them return to Tibet, to cross the border. On the way they find five adolescents, who tried to escape from Tibet without a guide, with severe frostbites. One of the boys is close to death, and so a race against time begins. 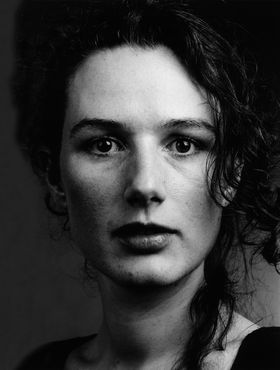 Maria Blumencron was born in Vienna in 1965. She worked as an actress on various different stages and television series. Since 1998 she has worked as an author and director. From 1999 her books, movies, radio plays and readings call attention to Tibet’s fate. Maria Blumencron lives in Cologne with her family. In 2007 she founded an association in order to make her readers’ and viewers’ helpfulness available to people in need all over the world: Shelter 108 e.V.