DOROTHEE ELMIGER
EINLADUNG AN DIE WAGHALSIGEN/
INVITATION TO THE BOLD OF HEART
A Novel, 140 pp., Autumn 2010

Our Debut of the Year:
Brilliant, Forceful, Original

“Dorothee Elmiger’s debut reveals a powerful, unconventional talent who coura-geously pursues her own path. Her impressive imagination and playful joy in experi-menting with language add up to a poetic potential that makes one look forward to her future development.” Frankfurter Allgemeine Zeitung

“The book is not only daring, it is bold and poetic, clever in a literary fashion and puz-zling without being pretentious... This book is not just a novel about two sisters and it is also not just the story of a self-extinguishing landscape: The language itself is the novel and the adventure of this narrative that deals with the melancholy of emptiness and disappearance.” Neue Zürcher Zeitung

Decades ago, a fire broke out in the tunnels of a coalfield – and the flames are still burning underground. Margarete and Fritzi are the sole remaining youths in a disappearing city. Their inheritance consists of nothing more than a deserted area where desolation reigns. Earlier occurrences are only handed down fragmentarily. But the two sisters cannot simply accept things as they are. They resolutely set off on an expedition to explore their own origins because only those who are aware of their own history can construct a hopeful future… A new life first becomes conceivable when they discover a long-forgotten river. There is at last an occasion to send out invitations to a large party: “Come on your bicycles! Come on your white horses!” 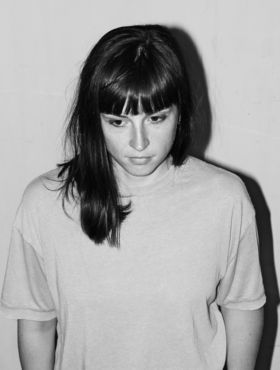