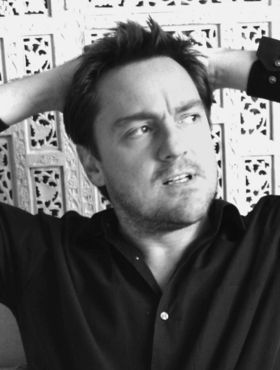 Jan-Uwe Fitz has written advertising texts, screenplays, radio plays and short stories for 15 years for such agencies as DDB, Springer & Jacoby, Grey, for such companies as Volkswagen, E-Plus and MTV Networks, as well as especially for himself and his readers on the web. The native of Gießen has written since 2006 in his absurdly comic satire blog vergraemer.de about the fictional life of a pigeon harasser and entertains over 14000 Twitter followers of Pseudonym @vergraemer) with witty and absurd short texts.
His Jour Fitz events have developed in recent months into an insider tip at the hot Web2.0 scene event.