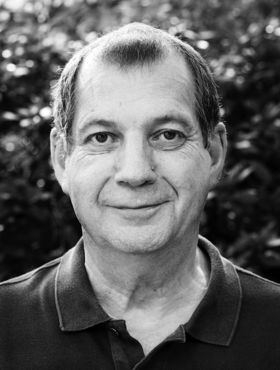 Jacky Dreksler was born in 1946 in Fresnes near Paris in a French prison. His mother was a Polish Jew and a survivor of concentration camps. His father was a French Jew who he never got to know. He spent the first years of his life in French and German children’s homes. At the age of nine he became an orphan and a few years later he moved to Cologne. After an apprenticeship as a laboratory assistant, he studied and became a teacher. In 1976 he left the teaching profession and over the years that followed, he worked as a singing teacher, a journalist, a guitar teacher and a songwriter, e.g. for Charles Aznavour, Heino and Costa Cordalis.
As of 1982 he wrote and performed radio sketches for, among others, the SWF, the WDR and Radio Luxembourg. Here he met a friend for life: Hugo Egon Balder. A short time later, television producers noticed his comic talent. In the years that followed, he became one of the most sought after television authors for comedy and shows. In 1991 he founded his first television production company and produced over 600 television series in the years that followed, for example, RTL Samstagnacht and numerous other comedies, game-shows and late-night shows.