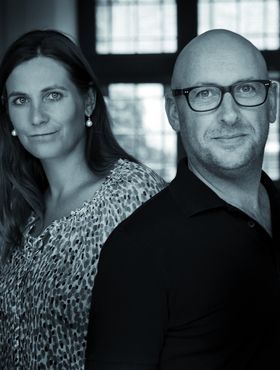 Conny Schwarz is the nom de plume of Kirsten Uhlig and Martin Maurer.
Both grew up in Southern Germany and are living in Berlin. They are script writers for cinema and television. So far they have published with DuMont the novels "Das Mädchen im Feuer" (2014) and "Der dunkle See" (2015).